This is a Cracker Barrel map I have been logging around with me ever since May 2007 when I first visited the one by Highway 17 in Savannah, Georgia with Tyler a mere two weeks before saying goodbye to my charming South. I may have ordered mac n cheese. And it may have been delicious.

It now sits on the South wall of my kitchen, above my little dining table surrounded by photos of all my lovies. I tacked the main highlights of the trip and strung the route with baker’s twine.

The Bike Trip begins in Portland, Oregon and ends some time later in Portland, Maine. You know, the ORIGINAL Portland. Along the way, I will most probably watch my dearest friend Sarah marry the dude of her dreams in BC, stare at Old Faithful, salute the four presidents at Mount Rushmore, hug my Angie baby until she can no longer breath in Minneapolis, bike through Montreal and, hopefully, NOT encounter any bears or snakes along the way. The heck with those.

If all goes as planned, I will visit four more National Parks: Glacier in MT, Yellowstone in MT, Mt Rushmore in SD and Sleeping Bear Dunes in Michigan.

If all goes as planned, I will embark the first week or so of August 2012.

If all goes as planned, I will return by Thanksgiving.

If all goes as planned, I will devour as many Cracker Barrels as I possibly can. Athlete diet, my ass.

While the water boils…
Flowers on the Floor

7 Responses to This is The Bike Trip 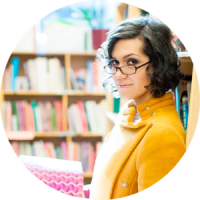