For some reason, I actually watched the Academy Awards last night AND followed it on the Twitters. Inevitably, when Miss Angelina Jolie stepped up to present the awards for best original and adapted screenplays, the Twitters was all ablaze with suggestions on what meal Miss Jolie, who is a skinny woman, should consume: the often-mentioned sandwich, pies, hot dogs, shakes…I’m sure bacon was on the menu as well (mmm bacon).  My FAVORITE tweet on the subject informed the actress that “Skeletor’s Sister” had a pie with her name waiting to be devoured (har har). Clearly, the Twitterverse is deeply concerned about Miss Jolie’s health (When I am told there is a pie with my name waiting for me, I run as fast as my very healthy legs can take me, and eat that shiz UP! And the funny thing is… I’M STILL SKINNY AFTERWARDS- 118lbs, 5’5″ .).

It is perhaps a sign of old age (I’ll be 30 in a month), but I just didn’t find those tweets to be all that funny. They were not that well constructed nor original. Basically, making fun of skinny people is as bad as making fun of fat people. While I am a big fan of crude humor (holy crap, I finally watched Blazing Saddles the other day – LOVED IT), demoralizing a person for their weight is just so last millennium. Does America have a damaging problem with weight and self-image? Yes. Does it need to be addressed? Oh YES. Do we need to tell a skinny woman to “eat a sandwich”? No, I already had one. And it had Tillamook cheddar cheese and salami. It was delish, but I am quite full, thankyouverymuchasshole.

So I say: LET’S PROMOTE POSITIVITY, not negativity disguised as “comedy”, or worse, as “advice”. Positivity will entice a person to improve their health and live a fuller life. It did inspire ME to eat better, exercise and smile a lot more (Dave Chappelle and Louis CK are two of my favorite comedians of all time).

Can you imagine poor Angelina with her 20 kids (okay, whatever, 5) who are ALWAYS asking for either: A) PB&J; B) grilled cheese; or C) PB&J 24/freaking/7 and then having to endure a bunch of assholes over on Twitter telling her to eat MORE sammiches? That’s a LOT of carbs, man!

The new Little Bright Studio logo
Use the Force

7 Responses to Angelina must be so sick of sandwiches 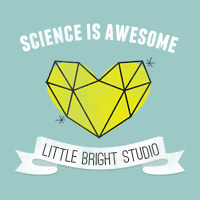